It all began back in 1994 while I was attending the Fort Wayne, Indiana Anthis Career Center Automotive Program.  I was 18 years old and it was my senior year of high school.  The instructor I had for Fuel and Ignition class got me interested in fuel injection about one week into the coarse.  Ever since then, my abilities with converting and modifying vehicles for use with electronic fuel injection have exploded into a great achievement.  Below are some details and pictures of my progress from the beginning... 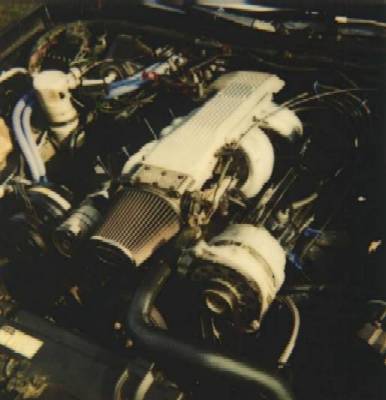 Originally equipped with a 2bbl carbureted 231 ci V6, I was successful in converting it to Throttle Body Injection (TBI) using a 4.3L truck computer and wiring system.  It was a wiring mess, but worked better than the carb it replaced.  Soon I was introduced to a very nice gentleman that managed a local salvage yard who found me a used chevy 350 that was in a totaled S-10 pickup truck.  I bought this engine and installed it into my car with minimal effort and tried out the 4bbl quadrajet that came on it.  Soon I discovered that the carb had problems and it was soon replaced by the same TBI system I used for the V6.  Soon after this, I replaced the tired TH-350 transmission that came with the small block in favor of a '94 model 4L60-E transmission that I acquired.  I switched the control system over to a 94 C/K pickup system to handle both the transmission and engine.  In time I got bored of the 2bbl TBI setup and opted for a Tuned Port Injection system that I found off a 305 for $300.  Using wiring diagrams for both a 94 C/K and 91 Z/28 I was able to run two computers in the same car without problem.  The TPI worked beautifully in comparison to the TBI or the 4bbl carb.  More torque and HP than I could have imagined for so little of cost. 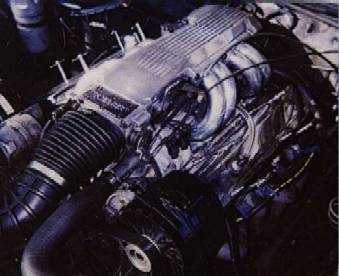 After losing the Regal to an accident caused by an uninsured motorist, I used the small amount of insurance money to purchase a base model Monte.  This car was in much better shape than the previous G-body, weighed in about 200 lbs less and came factory equipped with a 4.3L TBI V6.  Using the factory EFI fuel lines and wiring harness, installation of the 350 TPI engine was a snap.  It also made it easier to clean up the wiring mess that I had before. Later down the road, I decided it was time for an upgrade.  I switched the engine control system to an 89 Mass Air system that eliminated a lot of part throttle hesitations associated with the modified engine using a speed density MAP system.  I rebuilt a late model L-98 4-bolt main, roller block in which I installed a set of Trick Flow Specialties Twisted Wedge Aluminum heads and a LT4 HOTCAM roller camshaft.  This combination was outrageous!  The car ran 13.6s in the 1/4 mile with a mildly ported stock Tuned Port intake.  Other mods at the time were:  Functioning A/C; 3.73 gear, limited slip 7.5 rear axle; headers; terminator mufflers; S-10 Blazer mini-starter; 2295 rpm stall; Fairbanks billet 2-4 servo; shift solenoid override switches; and a 96 S-10 instrument cluster.  This setup and the car weighed in at 3624 lbs without driver. 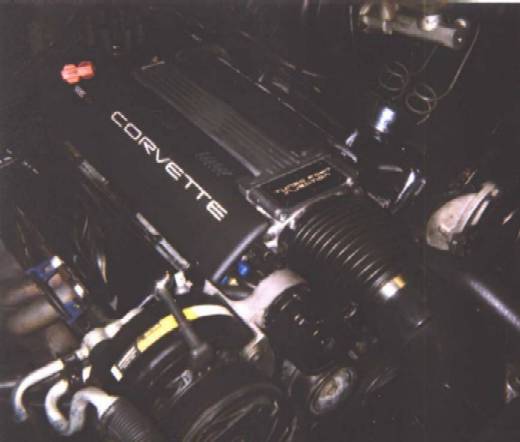 After rebuilding from an unfortunate valve problem (TFS manufacture defect), I ordered the Miniram II intake manifold.  TPIS claimed the intake would produce 100+hp and 100+tq over the stock TPI intake.  It was a fabulous and impressive looking one-piece casting.  I quickly swapped out the old TPI in favor of this new bolt-on power adder to be surprised that it was not what it was cracked up to be.  The car lost all of its low end grunt.  With the TPI, the engine pulled strong from 3000 rpm to about 5300 rpm when it ran out of steam.  This intake made the engine pull like a 4 cylinder until about 5000 rpm when it decided to take off like a rocket with no end in sight.  This would have been fine if the engine was backed by a manual gearbox or the bottom end was enforced by 4340 billet steel, but those things were out of my reach at the time, especially after dropping over $1100 into the entire MiniRam package.  Under advice from a TPIS tech rep, I swapped out the HOTCAM with a smaller, more low-end oriented grind by Comp Cams.  I was informed that the combination I was running would benefit from a different cam.  I was disappointed from the results.  The engine now pulled from 4500 until about 5700 when it fell flat on its face.  A couple of months later, the small cam came out and the HOTCAM went back in.  Later, I tried a 52mm throttle body and found that the car got .2 sec slower than with the 48mm stocker.  Another surprise.  This was probably due to velocity and optimum manifold filling.  I never got a chance to make it to the track in this car with this setup before the incident with the tree but my best estimates were 13.5sec in the 1/4... 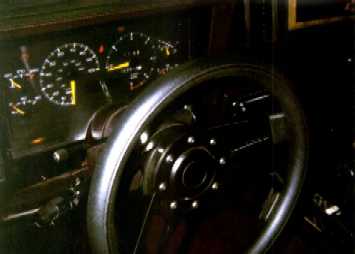 About a month after making it home from the hospital a friend of mine found a red 86 T/A that was in excellent condition for the price of $1000.  Of course, the MiniRamed 355 was salvaged and eventually found its way into this car after many months of agonizing recovery on my part.  Not too many modifications were performed to the previous setup with the exception of different exhaust and induction work as well as 4.10 gears before this car got nailed by a red light runner.

then came the 1987 Pontiac GTA

Which brings us to where I am today.  For a complete listing of modifications, see the chassis and driveline sections of my GTA site.  For any other questions concerning this site or modifications I have performed, please feel free to email me.