The oil dipstick tube was long enough that I was able to rebend it so it could be repositioned to be fastened to the back of the cylinder head -- thus giving easier access to it once installed in the Fiero... 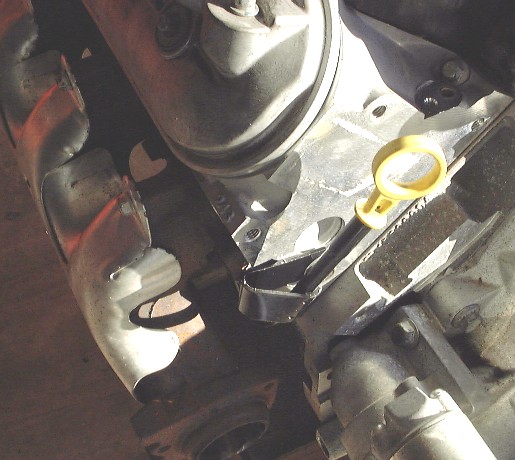 The oil filter was hitting the cradle so modifications had to be made to the cradle in that area... 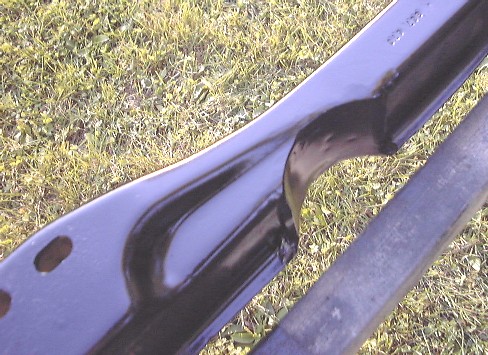 Not pictured is the plate I welded across the bottom of the cradle in this area in order to box it in and reinforce it. I was concerned about not doing this because I felt without the boxing the cradle would have been weak in this area.

As seen in one of the test fit pictures, during the test fit the oil pan was resting on the cradle -- so that had to be corrected... 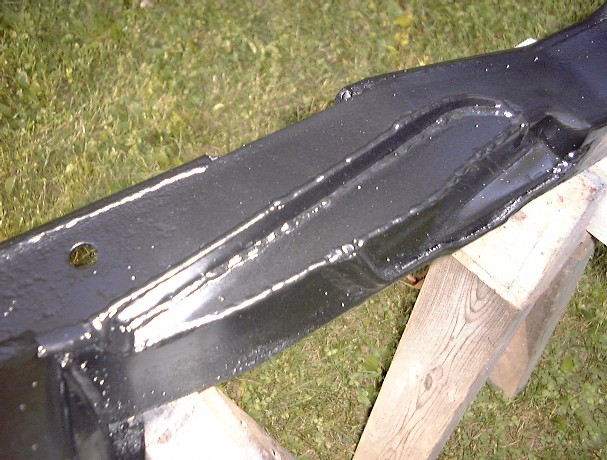 In doing this, it created a problem where the control arm would have hit the now boxed area if the suspension would have bottomed out so I did have to modify the control arm in the area of the bushing slightly (not pictured); but it wasn't a big deal.

The only other area that required notching was on the left side where the transmission side cover had a boss on it that would have contacted the cradle. So I corrected it by notching this area out of the cradle and then filled in the hole by welding in some metal... 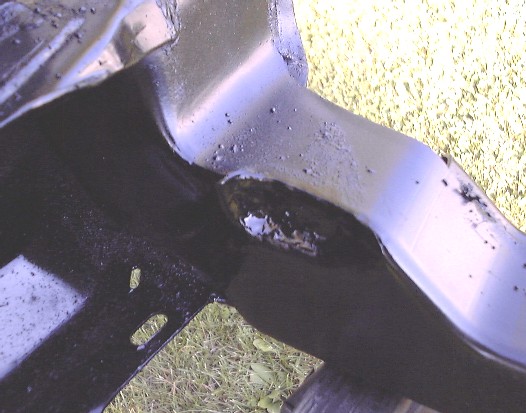 No control arm modifications were required on this side after this was done because it wasn't that big of a cut-out. Also notice in the above pic where some of the area where the mount bolts to the cradle had to be ground away to clear the corner of the transmission pan. Not pictured are about 3 other areas that required slight massaging to clear the engine/transmission. Not a big deal, but again it had to be done. Since the 88 cradles have less room, I assume more work will be required to get this powerplant to fit in one of those cars but that was expected.

Did the 2nd test fit this time with the water pump housing installed; which revealed that I will have to modify the water pump housing in the upper portions (top front idler pulley, coolant fill cap locations) so it will work in the Fiero engine compartment. The front upper idler pulley will hit the firewall when installed and the coolant fill cap will interfere with the deck lid hinge. I don't have any pictures of what I am going to do to modify this housing yet, but I will post some when the modifications are done so you can see what I had to do.

I used a spot weld drilling tool kit and removed the dog bone mount bracket and battery tray from the chassis. I also clearanced the hinge support and installed a plate to support the modified deck lid hinge. 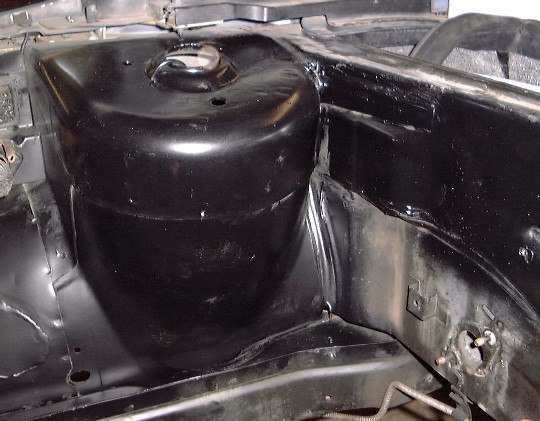 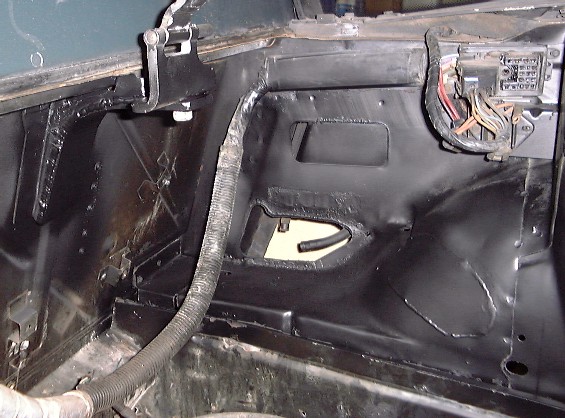 Even with these modifications, the stock assy drive mounting and belt routing will not clear the Fiero engine compartment/strut tower.  The factory alternator placement on the LS4 will not work either: 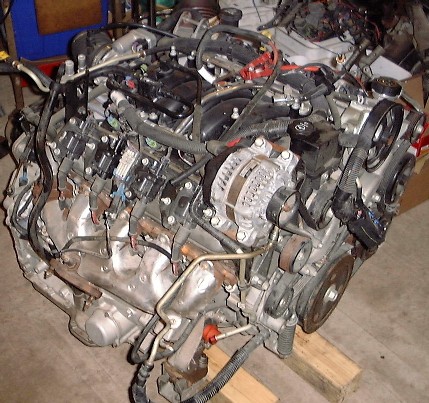 Later I will show pictures of the solution I came up with for this dilemma.