Borrowed an LS2 intake to try on this LS4 and here is what I found... 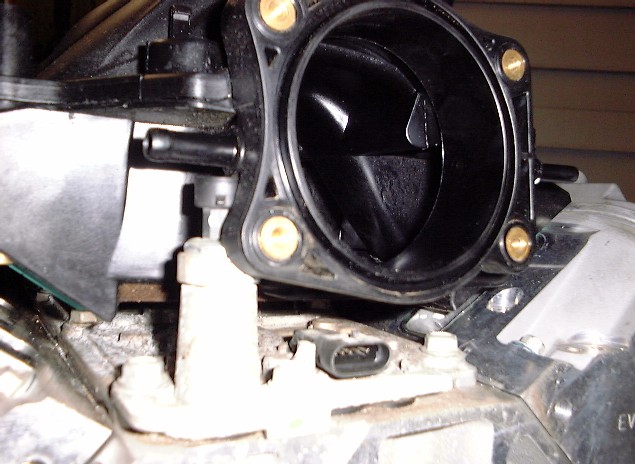 The LS2 intake's throttle body inlet is molded too low and won't clear the oil pressure sending unit; but even if that were removed and the boss for it machined down, measurements indicate the intake will still not clear the DoD electrical plug.

So I turned the LS2 intake around to see if it would fit the other way and, yes it will -- at least bolt right down on the heads and clear the oil pressure sender and DoD plug... BUT... 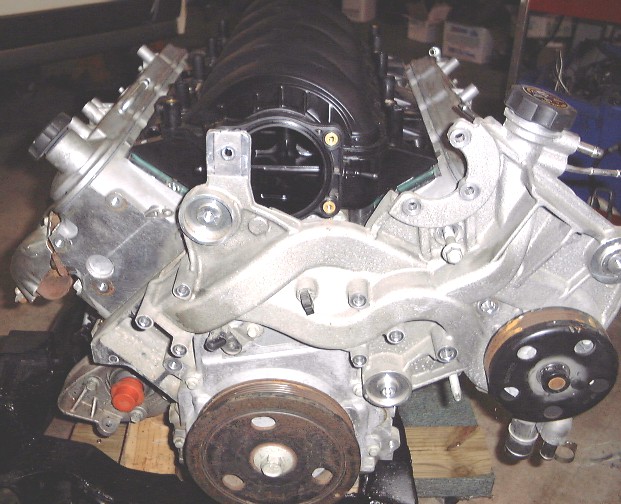 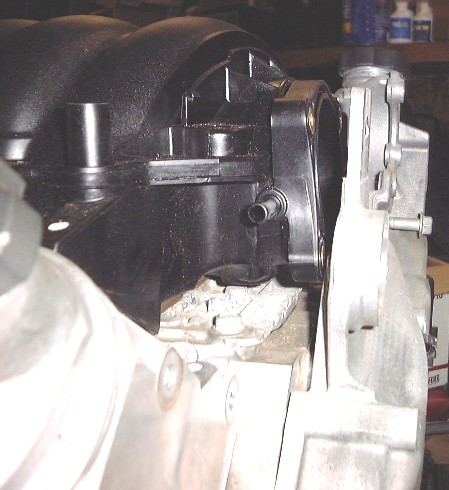 Once the water pump housing is installed it won't clear a critical part of the housing -- one of the coolant passages. Here is a comparison picture between the LS2 and LS4 intake... 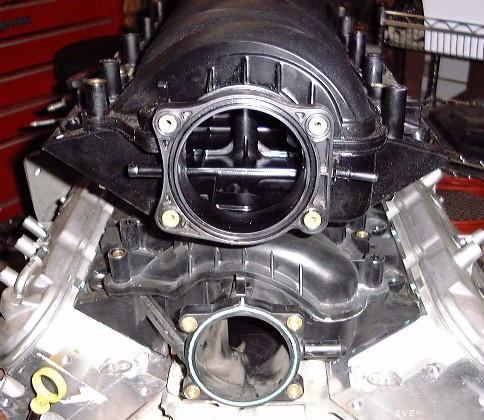 Based on the test fits I have performed, I have determined that it might be possible to modify an AFTERMARKET cast-aluminum LSx intake to work on this engine and still have the throttle body facing the correct way. But prices for such intakes range from $400 and up, plus the factory LS4's fuel rails or throttle body may not be compatible. So extra costs will be associated with the upgrade.  Assuming power gains from such an upgrade will justify the costs.

Finished the motor mounts and brackets so here are the pictures: 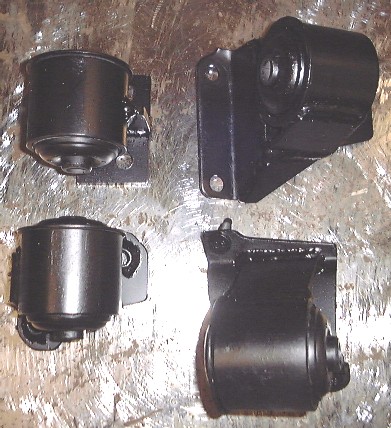 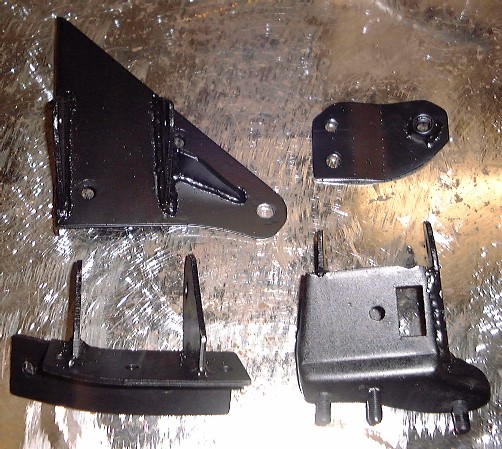 Not pictured is the one bracket that had to be welded to the cradle for the right rear transmission mount. It did work out that the other half of this RR trans mount bracket was able to be bolted directly to the cradle so that will make it easier to remove and install the mount in this location. As with previous swaps utilizing this mounting design, I am using OE-Replacement 84-87 Fiero front cradle mount bushings for my rubber mounts. They aren't quite as firm as poly mounts but I believe they are just about as strong. The benefit of using the rubber vs. the poly is better noise and vibration isolation. 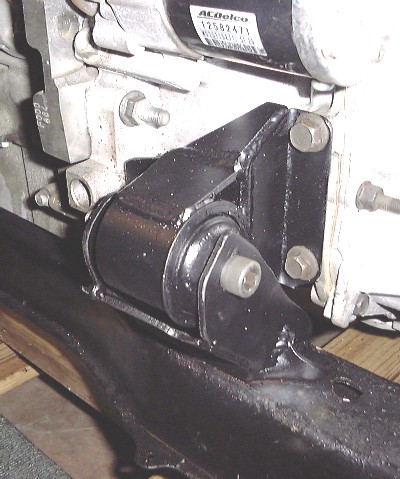 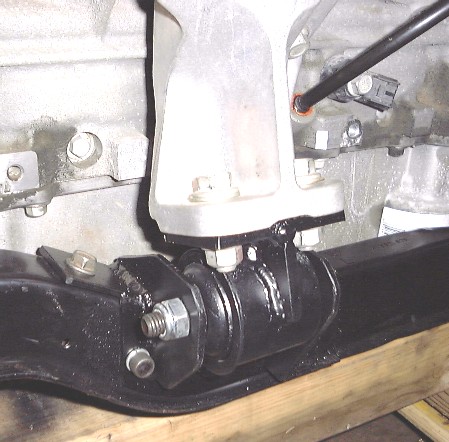 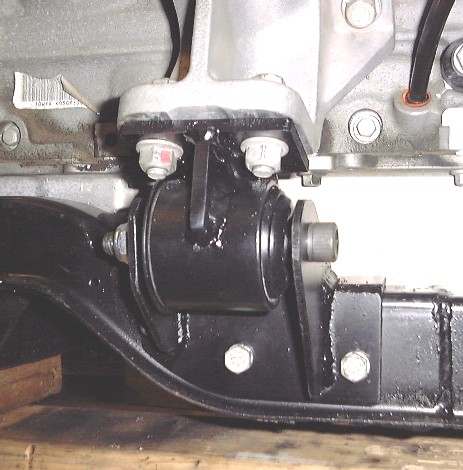 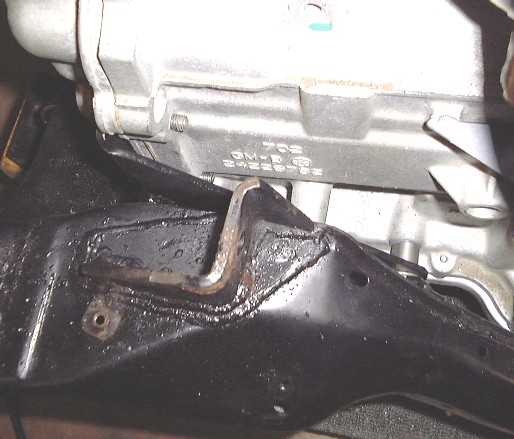 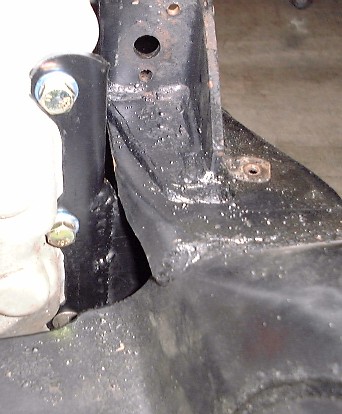 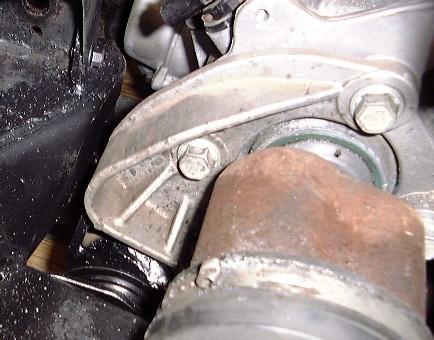 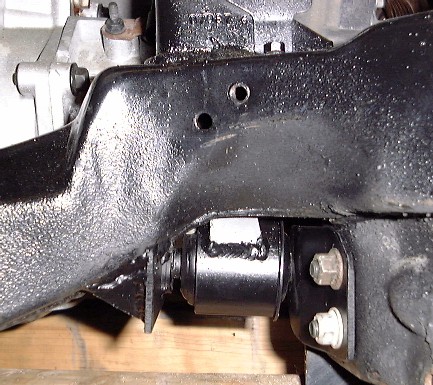