Battery is getting relocated to the front using a kit from norm's fiberglass. I modified the tray by adding provisions for "tying down" the battery in case no spare tire is going to be present (stock spare won't work with the 12" brake upgrade that is going on this car). 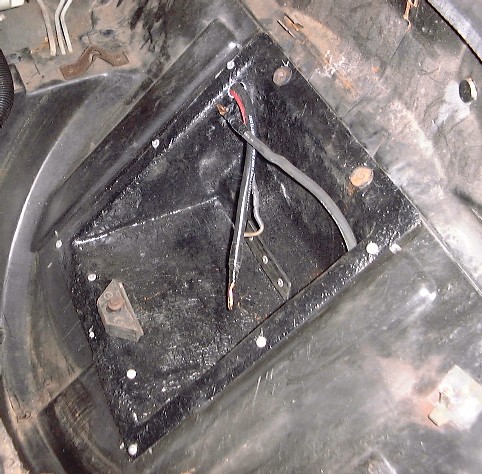 Got started on the exhaust system and built it as far as to the cats. Will finish it up once the engine goes back in for the last time.

Below is a picture of the LS4 engine and transmission wiring harness with most of the loom removed. I took a few measurements before I removed the engine/trans from the car this last time so I can get as much rewiring done as possible with the engine out. Saves me from having to lean over into the engine compartment as much. 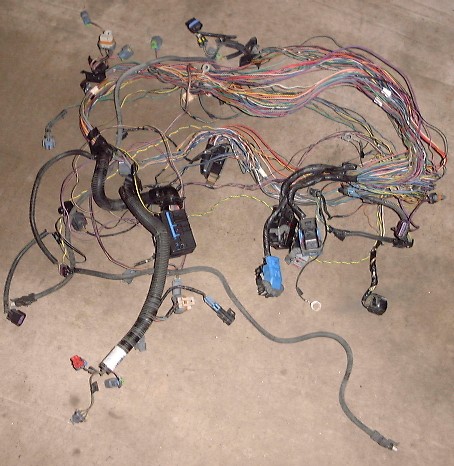 For ECM and TCM mounting I recycled some of the fiberglass front spare tire well I had to cut out for the battery box. The cases of the ECM and TCM should never be mounted to a metal surface that is grounded to the chassis. The reason why is because if the ground strap ever became severed from the engine to the chassis, or from the engine to the battery (but still connected from battery to chassis); high current could go thru the computers and damage them. GM keeps the cases to their computers isolated from chassis ground for this reason. 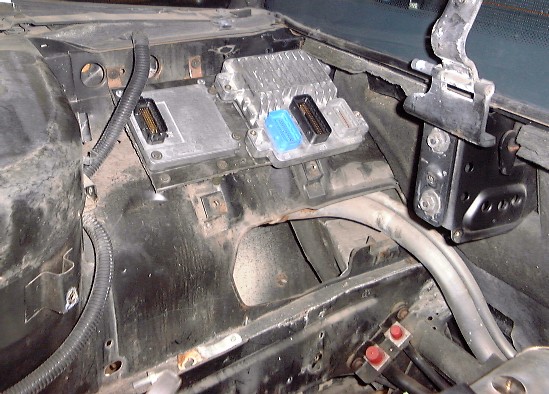 Not pictured is the wiring I have already completed for positive and ground supply from the battery to chassis, engine, and alternator. The battery relocation kit comes with 4ga cable to run from the pos battery term to the starter; but for this swap I elected to upgrade this to 2ga because of the V8. I did use the 4ga cable to connect the starter to the Fiero's original power distribution block. I also pulled the clutch line, shifter, and shift/throttle cables from the car (since it is getting changed over from a manual to auto trans). Installed the auto trans cooler lines and I am working on mounting the fly-by-wire gas pedal assembly.

Probably the most time consuming single job of any swap involving an EFI engine and electronic auto transmission is the wiring. Sure I could have taken a short cut here and not modified the original LS4 wiring much but that's not how I do things. Pretty much every wire in the harness had to have its length changed so it could be routed the way I wanted. OEM had the wires going over the top of the intake for almost every device/sensor and I just don't like it done that way. I like to keep as much off the intake as possible and you can see the difference in the pictures below... 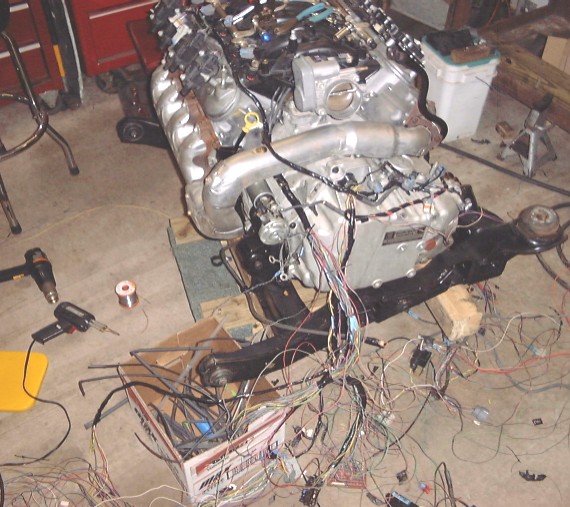 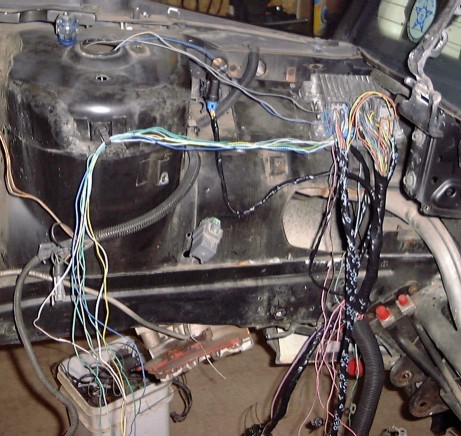 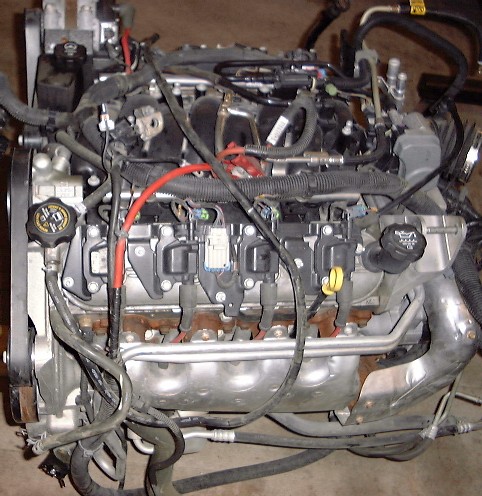 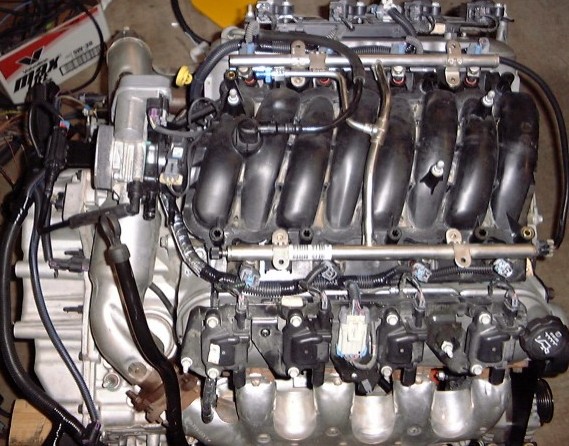 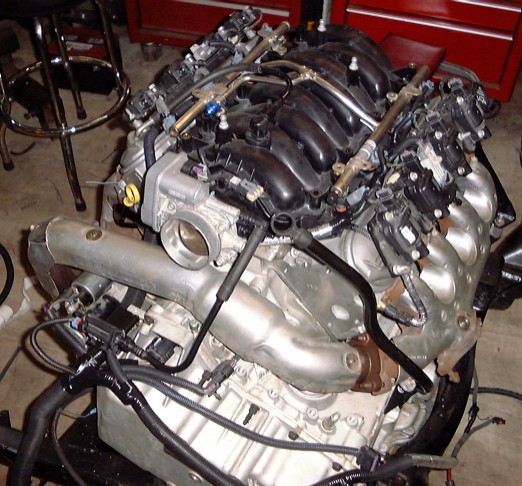 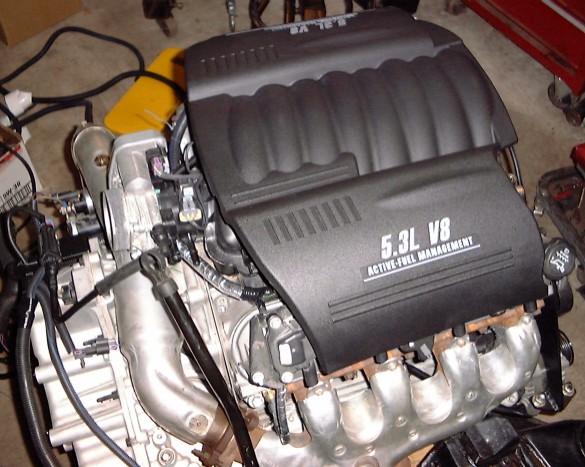 Still have quite a bit to do including integrate the engine harness into the vehicle but it's getting there. 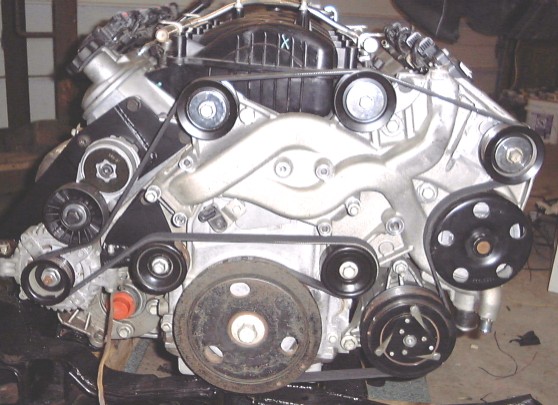